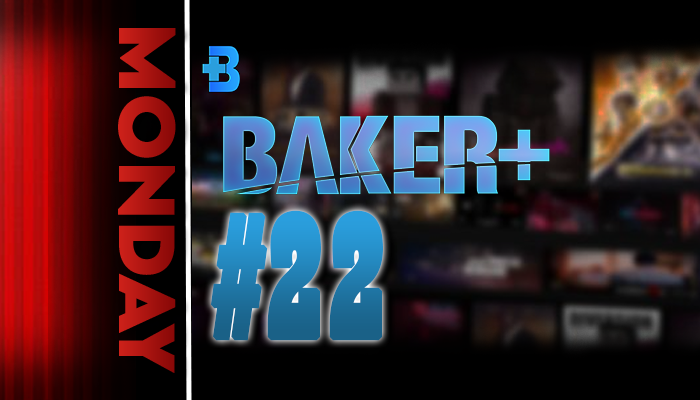 Hello and welcome to this issue of the #BlogMonday series! Today we will be going over the journey of the Baker+ platform!

AREON Pictures – A new name in the machinima community. After long discussions in the management of the former “Minecraft Cinematic Universe” team, a comprehensive rebranding has now been decided. The experienced team will now work on even bigger productions under the name “AREON Pictures”.

With the help of the new name, the team is inaugurating a new machinima style and they will focus even more on the visual and audio quality in the future. An announcement trailer of the rebranding is now online and available to watch on their YouTube Channel. Please check it out and we at Baker+ are looking forward to this new and exciting time and what AREON Pictures will do in the future.
The team is looking ahead with renewed energy, motivation and confidence. They are venturing into new territories and trying new things. Click here to watch it now!

The last and final production released under the studio name “Minecraft Cinematic Universe” was a short film called “MCU In A Nutshell: Episode 3”. In this short film, they have already provided clear hints about the end of the “MCU Team”. The beloved MCU office building unfortunately had to be sold due to the financial predicament. The open end in the short film also means the end of the MCU film team.

The hype is real and some team members can barely hold back the excitement about what is to come. “We finally have the resources to implement several projects at the same time”, Florian says, “This gives us the possibility to realize big visions like CODE and BABYLON. Our team is working hard on the first official AREON release.”
The announcement trailer teases an exciting time with the release of the names of some future projects and gives us a taste of the new AREON look.

“We as a team are very proud of this great new beginning, which has been a long road to rebranding.”

“The announcement trailer would not have been possible without the help of many dedicated team members.”, Marlon wents on to say, “We would also like to thank our partners, including Artemis Pictures and Florian from PhoenixMedia Digital. I can’t wait to give our community their first sneak peeks at new projects!”
In the past weeks, the team hinted that they are involved with the production of the Baker+ Original Film “ABFAHRT 2”.

Everyone from the team is super excited about the rebranding. Andrea, a team member of AREON Pictures says “I came to the MCU at the time to join a team where, above all, you have a structure and there is a permanent place for you. I was very happy when I was accepted into the team and was also able to continue my education with th experience of all those who made and make up the team. I look to the future of AREON Pictures with a lot of confidence.”

We at Baker+ look forward to the numerous and fantastic projects in their new style. More information about them can be found on their website: www.areonpictures.com/projekte.

Magazine Feature Of Baker+ In The Machinima Magazine Of SimmedUp!

We are proud to announce a collaboration with the SimmedUp Magazine and their Machinima Magazine, in which Baker+ has been featured! The magazine can be found here: www.simmedup.co.uk/machinima-magazine! Check it out, it gives a great insight over machinimas from all over the world and games. Our Original Film “ABFAHRT” has also been featured in the magazine. It is worth to check out!

Written by Felix Baker. If you have any questions, you can contact us on any of the services below. #BlogMonday